Wattpad.com readers have been raving about the Storm & Silence series of books by Robert Thier.

Fans express their love of the S&S stories by writing reams of fanfiction utilizing Thier’s popular characters, and by creating works of art based upon the stories.

According to Mr. Thier, “Winners shall get an official “Sir Rob Approves” sticker for their story, plus a shoutout on social media, and they’ll also be included on a special reading list on [the author’s] Wattpad profile!

So, happy readers and writers of Storm & Silence fanfiction, here are the rules: 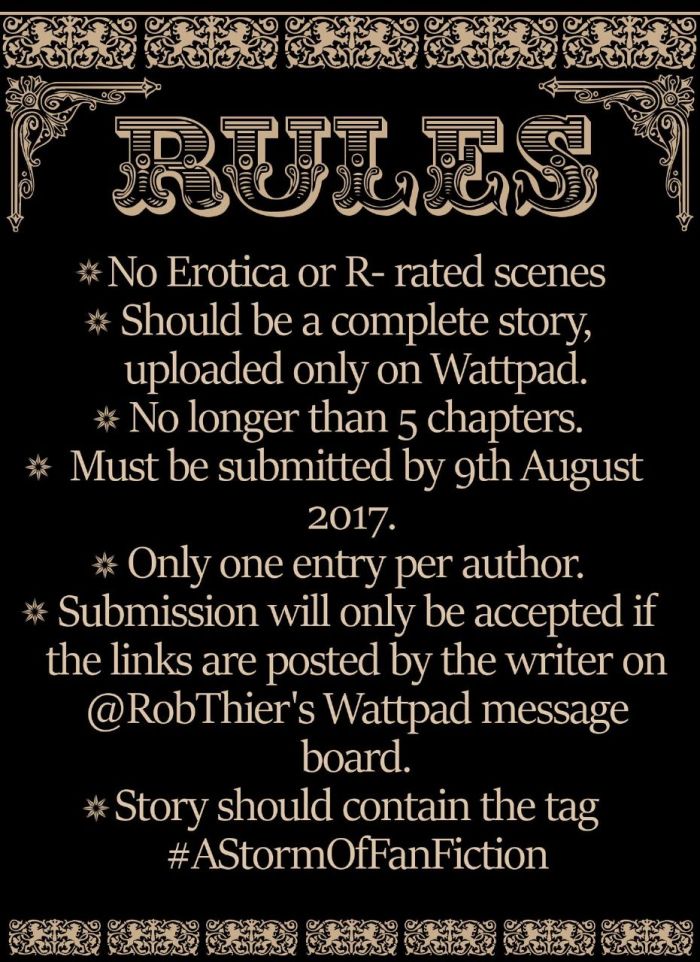 Sir Rob says, “If you haven’t yet written a fanfiction, you have three weeks to complete & post one! Good luck! I look forward to seeing what you come up with :)”

Read the current chapter in the Storm & Silence series, along with the announcement from Sir Rob about the contest, on WATTPAD.

Robert Thier is a German historian, lover of old books and award-winning writer, whose novels and stories encompass the historical, satirical, and fantastical. For the way he manages to make the past come alive, as if he himself lived as a medieval knight, his inventive fans have given him the nickname “Sir Rob.” All of his stories are characterized by his very own brand of humor that has gained him a diverse readership ranging from teenagers to retired grandmothers.

With such an exciting and entertaining competition in the offing, now is the perfect time to become a Storm & Silence (and Sir Rob) fan, if you aren’t one already!

The Storm & Silence novels are available on AMAZON.com,  as well as AMAZON UK,  AMAZON GERMANY, and other booksellers worldwide.